In Wernicke’s aphasia, the ability to grasp the meaning of spoken words and sentences is impaired, while the ease of producing connected speech is not very affected. Therefore Wernicke’s aphasia is also referred to as ‘fluent aphasia’ or ‘receptive aphasia’.

Reading and writing are often severely impaired. As in other forms of aphasia, individuals can have completely preserved intellectual and cognitive capabilities unrelated to speech and language.

Persons with Wernicke’s aphasia can produce many words and they often speak using grammatically correct sentences with normal rate and prosody. However, often what they say doesn’t make a lot of sense or they pepper their sentences with non-existent or irrelevant words. They may fail to realize that they are using the wrong words or using a non-existent word and often they are not fully aware that what they say doesn’t make sense.

Patients with this type of aphasia usually have profound language comprehension deficits, even for single words or simple sentences. This is because in Wernicke’s aphasia individuals have damage in brain areas that are important for processing the meaning of words and spoken language. Such damage includes left posterior temporal regions of the brain, which are part of what is knows as Wernicke’s area, hence the name of the aphasia.

Wernicke’s aphasia and Wernicke’s area are named after the German neurologist Carl Wernicke who first related this specific type of speech deficit to a damage in a left posterior temporal area of the brain. 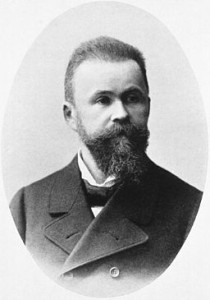 Communication tips for caregivers and persons with aphasia

At-home therapy and communication apps for persons with aphasia

Watch video: What is Wernicke’s aphasia?