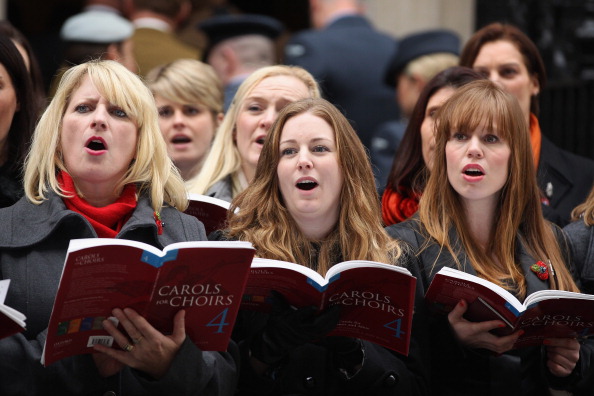 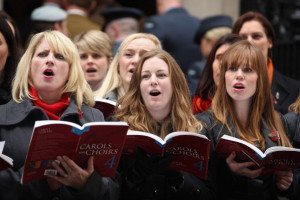 LONDON, ENGLAND – DECEMBER 06: The military wives choir sing outside Number 10 Downing Street ahead of a reception with British Prime Minister David Cameron for returning British troops who were involved in operations in Libya, at 10 Downing Street on December 6, 2011 in London, England. The military wives choir, a choir of the wives and girlfriends whose partners are in active deployment were brought together by choirmaster Gareth Malone, and are tipped be number one for Christmas with their charity single ‘Wherever You Are’. (Photo by Dan Kitwood/Getty Images)