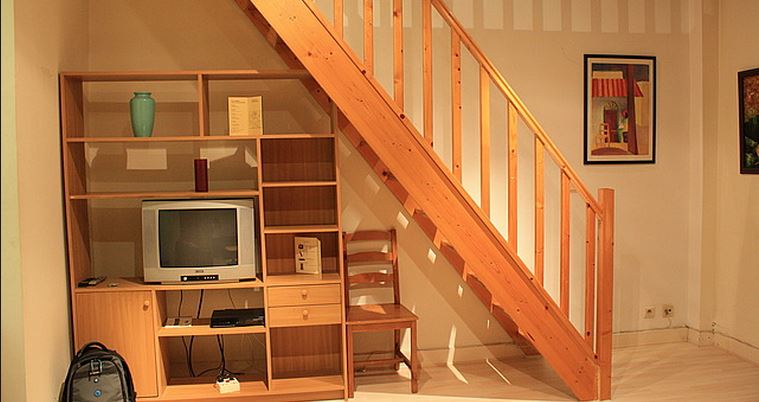 Caroline (Carrie) Harris’ odyssey to becoming a stroke survivor began more than thirteen years ago when she was diagnosed with breast cancer at the age of 42. Two surgeries, radiation and chemotherapy followed by 5 years of Tomaxifen and she is cancer free according to her annual examinations. We thought everything was going great until right after Christmas 2000.

Carrie awoke and went down stairs but when she returned to the bedroom she was short of breath and her heart was racing. Several hours later, she was diagnosed with pulmonary edema due to congestive heart failure. Further examination revealed that she had a severely damaged mitral valve. It was determined that the chemotherapy she had four years earlier had exacerbated a mitral valve prolapse problem she had had since she was thirteen. A six-hour open-heart surgery with Carrie hooked up to everything in the operating roo except the sink resulted in removal of the faulty valve and replacement with a St. Jude mechanical valve. Mechanical valves tend to cause the blood to clot on the valve and to prevent this she was placed on daily doses of Coumadin/Warfarin— and anticoagulant originally marketed as a rat poison that has proven to be efficacious in preventing clotting. Anticoagulation therapy requires constant monitoring—too little Coumadin and the blood clots—too much and the patient can develop major bleeding problems that can sometimes be fatal. Carrie’s therapy was very well controlled and things were once again going well. All of that changed in the early morning of September 28, 2006.

Two weeks prior to September 28, Carrie woke up in the upstairs den after an episode of “sleepwalking”. She didn’t know how she got there, but did not say anything about it. She had been under a lot of stress at work and she guessed this might be the problem. At about 2:30AM on September 28, her husband George was awakened by a loud noise in the stairwell. He knew immediately that Carrie had probably fallen down the stairs. He ran downstairs to find her crumpled on the floor at the foot of the stairs. She was not unconscious, but asleep! He awakened her and she said she had been dreaming about falling and that she had been saying to herself in the dream that it really was a rough fall.

The rescue squad was summoned; she was carefully immobilized since she was complaining of severe neck pain and she was transported to the local emergency room. A CT scan revealed fractures of two cervical vertebrae: C-6 and C-7. Interestingly enough, at night, this emergency room uses a radiology service in Australia. The radiology service called to say that there was a very unstable teardrop fracture of C-7 and that Carrie needed unusually strict immobilization and a transfer to a Level 1 trauma center. This was done and Carrie was placed under the care of an excellent orthopedic surgeon. He felt the fractures might heal if she was kept in a rigid brace for about three months. But as you might imagine, at the end of the three months, the fractures were not healed and it was necessary to do surgery to immobilize the fractures.

Almost a month later Carrie had her first stroke—an embolic stroke within the right internal capsule. She had been napping and woke up and decided to call her mother. As she went to reach for the phone, she dropped it. When George asked what was wrong, she mumbled, “Nuffing”. George looked at her and she fit the classic F.A.S.T. pattern for a stroke. The left side of her face was drooping, she could not raise her left arm and her speech was slurred. It was time to call 9-1-1, which George did. Another trip to the local emergency room, CT scans to confirm the stroke, several days in the hospital and she began physical therapy. Within a month she was pretty much back to normal except for some left side weakness. Her anticoagulation therapy was increased to prevent another embolism. Unfortunately it was not monitored closely enough. All anticoagulation patients have a therapeutic range, which is monitored by a blood test, which measures the patient’s clotting time (now known as the International Normalized Ratio (INR)—formerly known as Prothrombin Time). The INR can run from 1.0 to 10 or more, but anything above 4.0 is considered to be dangerous and requires close monitoring. Patients with INR’s above 4.0 can develop internal bleeding in several places, including the brain.

On March 11, 2007, Carrie awoke about 3:30AM with a headache and nausea. She got up and then vomited, felt better and went back to bed. She had just undergone a medication change and she and her husband thought it might be the new medication since two of the side effects were headaches and nausea. She had no other symptoms at that time. Some five hours later, her husband went to wake her and found her in a stupor. The right side of her face was drooping, her left side was paralyzed and she could not talk. Again, time to call 9-1-1! Back to the local emergency room and another series of CT scans confirmed a massive hemorrhagic stroke in the left frontal lobe. Her INR at this time was 7.5!

Off to the Level 1 trauma center where she was given Vitamin K and Fresh Frozen Plasma in order to lower her INR. The director of Neurosurgery told her husband that he needed to do a craniotomy in order to save Carrie’s life. Four hours later, he told Carrie’s family that while her brain look “good”, he was not certain that she would ever speak again. This was because the two major speech centers are located in the left half of the brain. Five days later when they removed Carrie’s endotracheal tube, the neurosurgeon asked her name and she replied,“Carrie”. Everyone was ecstatic, but she didn’t say another word for four or five days. Was this to be the end of speech for her?

A few days later, Carrie was transferred to the INOVA Mount Vernon Rehabilitation Center, Alexandria, Virginia where she was immediately placed into an intensive physical, occupational and speech therapy program. The results were simply miraculous. Within a day or so, she was saying words; by the second day they had her standing and a few days later she was taking steps with the careful assistance of a physical therapist who worked many miracles with Carrie. George once asked the therapist if he should bring in Carrie’s walker. “No” was the response, “I don’t ever want her body to think it needs anything but itself to walk.” And so it went. No walker, no cane, just her self-determination.

Six weeks later it was time to go home. Carrie came to the hospital in a wheel chair, not talking and not walking. She left walking and talking. She then continued in outpatient therapy for another three months and has attended two nine-week sessions at the Stroke Come Back Center in Oakton, VA. She has not returned to work and still has aphasia, but she is reading, and is now driving. Driving is an interesting process. Because she has extensive encephalomalacia of the left frontal lobe, she processes things much differently than most of us. It takes all of her powers of concentration to drive. The radio is off—it interferes with her ability to process what is going on around her.

Conversation is limited for the same reason. But she is a careful driver and observes a lot going on around her. In June she is planning on walking in the Susan Komen Race for the Cure in Washington, DC, something she has done for 10 of the last 12 years. I don’t know where this will all lead. Prior to her strokes, Carrie was the director of the Academic Advising Center for the School of Business at George Washington University, Washington, DC. This center has been the gold standard for every undergraduate academic advising program at the university. She has not been able to return to that and may never, but she continues to make small gains daily.

She always was my navigator and she is once again. She recalls facts and places I have long forgotten. Her sense of humor is finely tuned and she is able to laugh at herself—one of my measures of her understanding her situation. Her neurologist calls her, “The Phoenix Girl”. I call her the strongest person I have ever known. She truly is “Phoenix Rising”.

You Already Have the Skills
Women and Stroke Symptoms
Empathy, Sympathy, and Aphasia
Winter Emergency Preparedness and Aphasia
Emojis and Aphasia: A Student Project