Community Results: Living With or Surviving

Several weeks ago, the NAA posed a question to the community about which term you prefer—living with or surviving? The question came to us from Wendy Ellmo, M.S., CCC-SLP, BCNCDS, a brain injury specialist at Brain Links in Nashville, Tennessee. She wanted to know how people felt about two other terms:

On one hand, “living with” implies that the recovery is ongoing. For many people, the effects of a brain injury or stroke are a constant part of life forever. Even when communication improves, you may find yourself “living with” aphasia in varying degrees for many years to come. It’s also a term that places the person—rather than the event or outcome—front and center. “Person” is the focus and what happened (the event) plays a supporting role.

“Surviving” implies that the event is over; the person is through the other side. Yet it’s not solely for people who feel their aphasia is less noticeable. Every milestone is celebrated under the term “survivor.” It’s not a place to reach; it’s a state of mind and acknowledgment of the hard work that goes into rebuilding communication skills.

And both terms only refer to aphasia that occurs after a sudden event, such as a stroke or traumatic brain injury. We also asked what term people with PPA use to describe their situation.

We asked you what you thought, and this is what you said.

The Community as a Whole

First, we looked at the results as a whole community (people with aphasia, caregivers, and professionals who work with people who have aphasia). 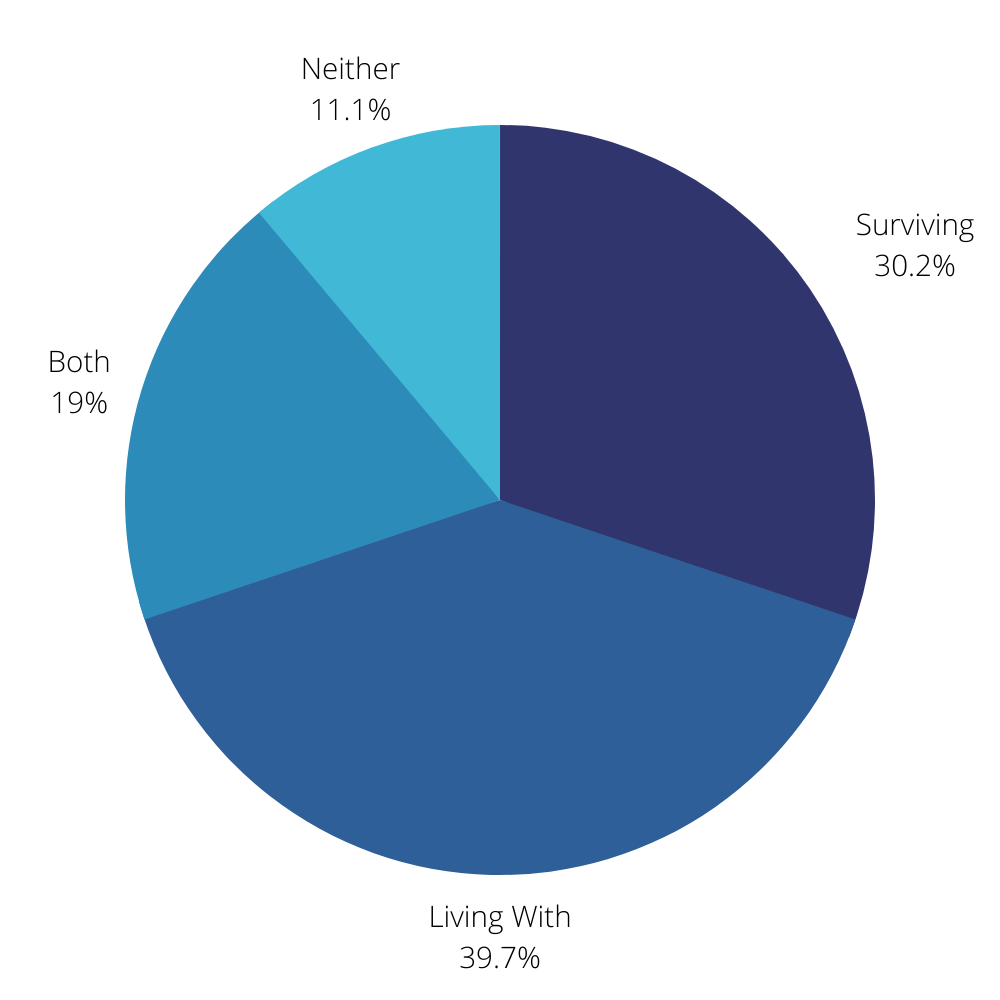 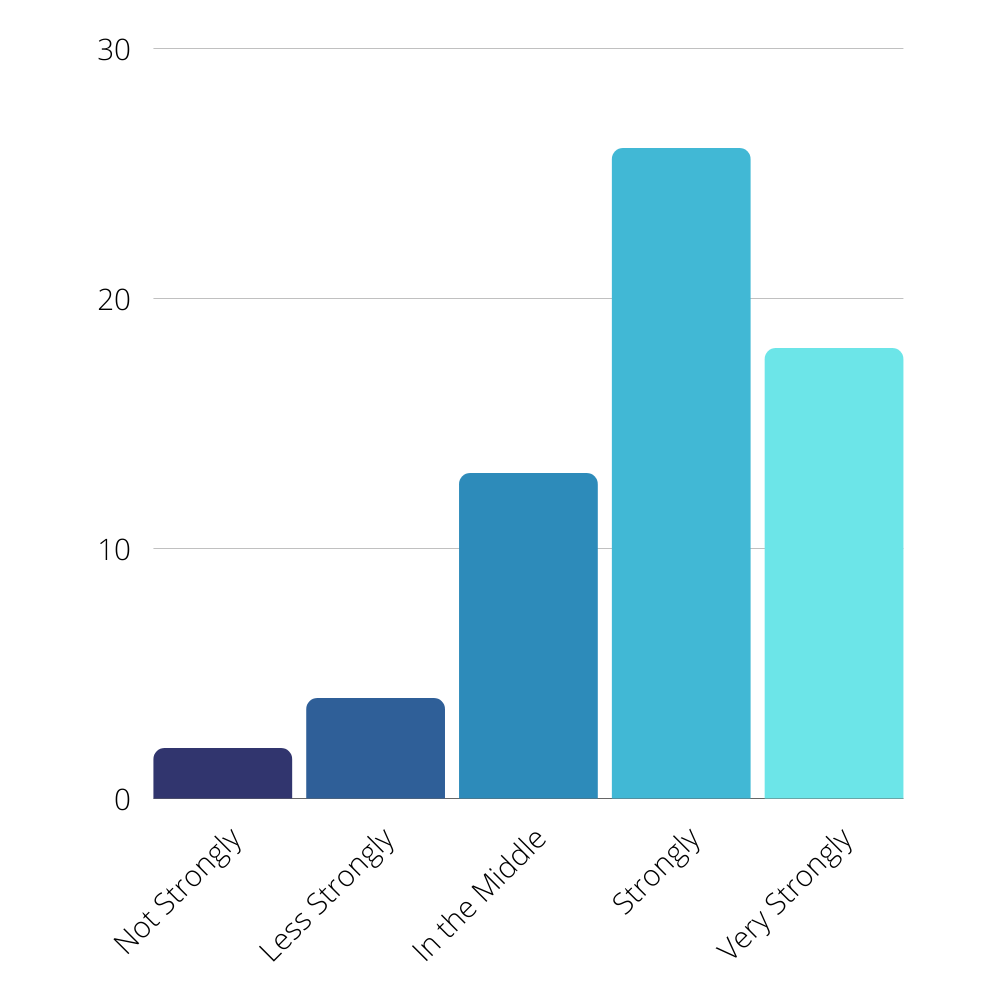 When we asked how strongly you felt about your answer, the community felt strongly (4) to very strongly (5).

But when we broke down the answers by how the person experiences or relates to aphasia, we saw a slightly different set of answers emerge.

The first group are the people either living with or surviving a brain injury or stroke: people with aphasia. 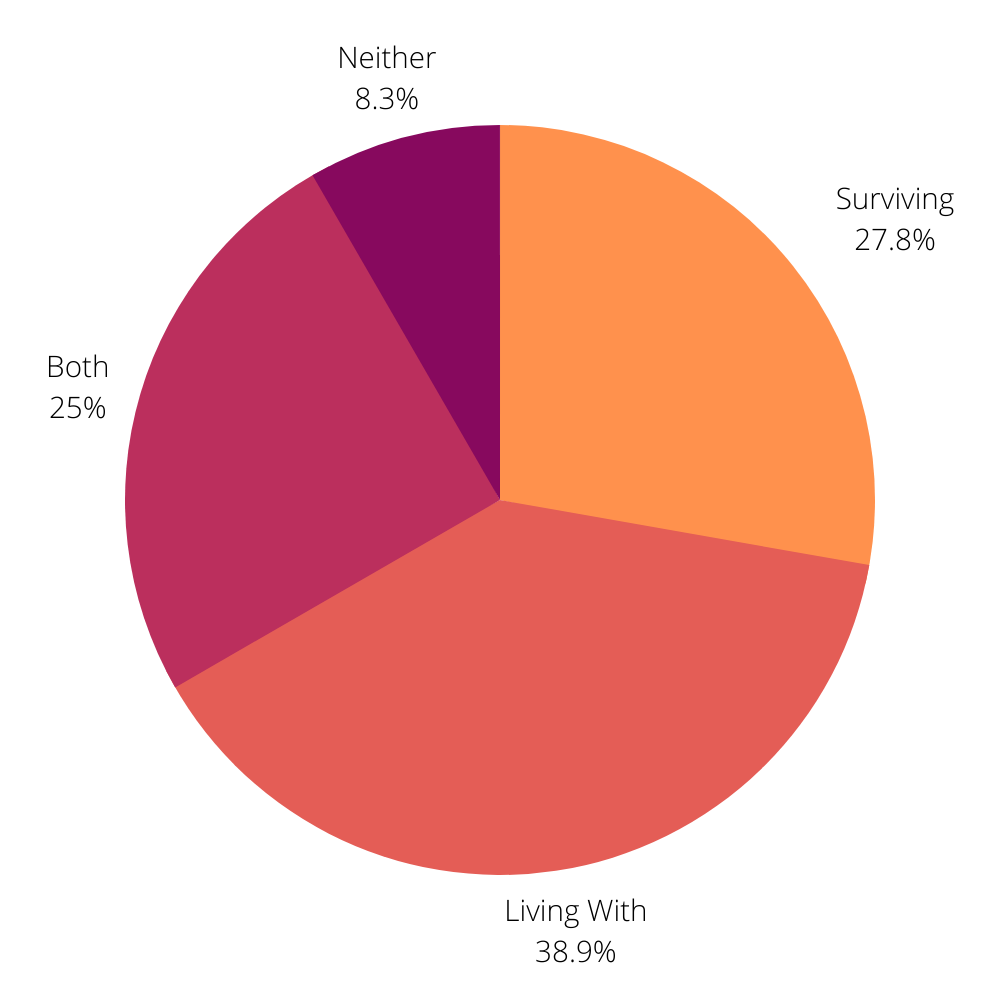 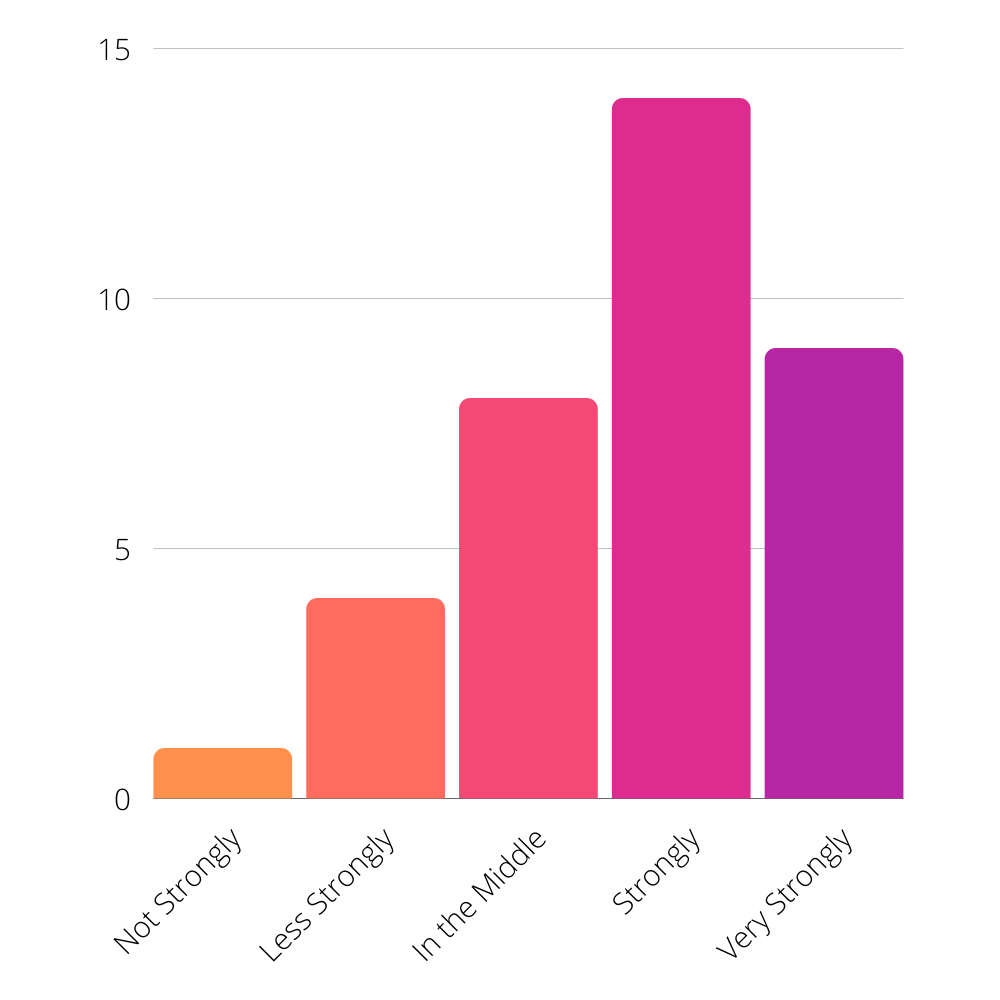 This group also weighed in with their thoughts. 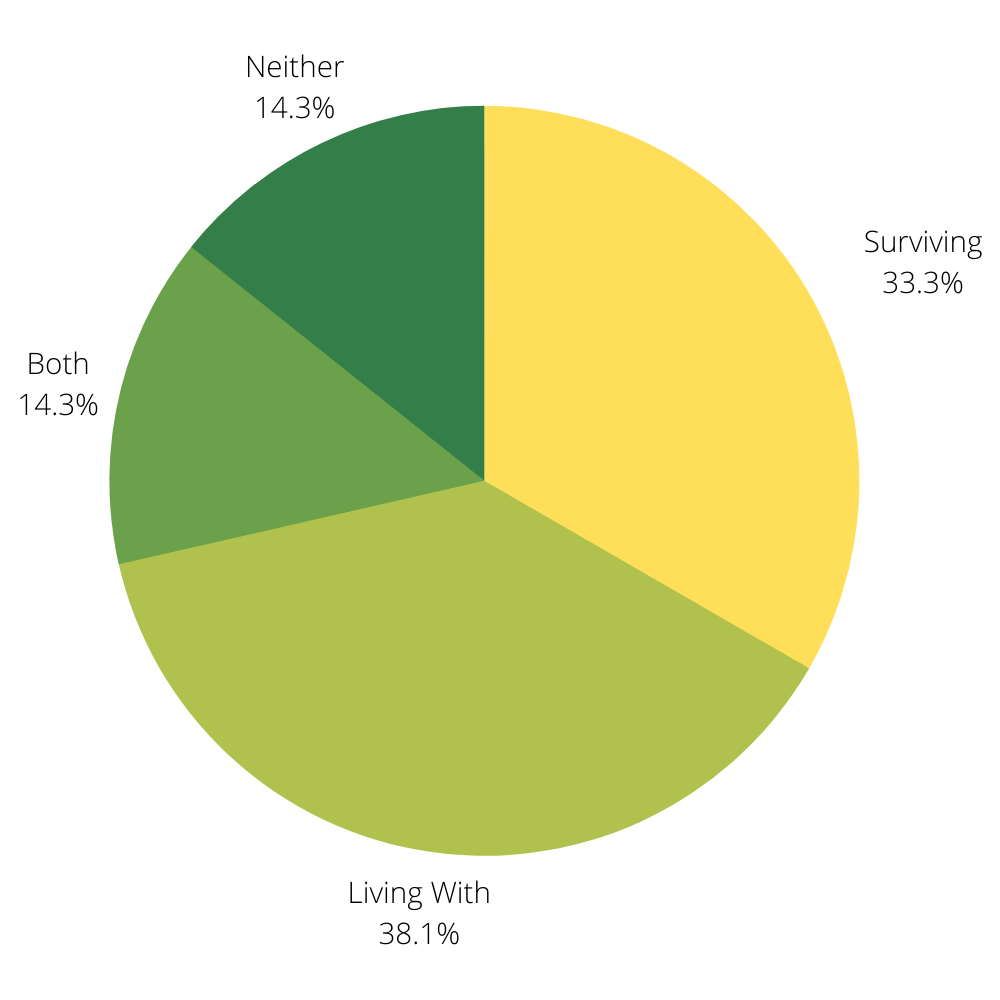 Here, while “living with” was still the preferred term (38.1%), “surviving” pulled ahead of the general group (33.3%). In comparison to the larger group, an equal amount of caregivers felt that both terms worked and neither term worked (14.3%). 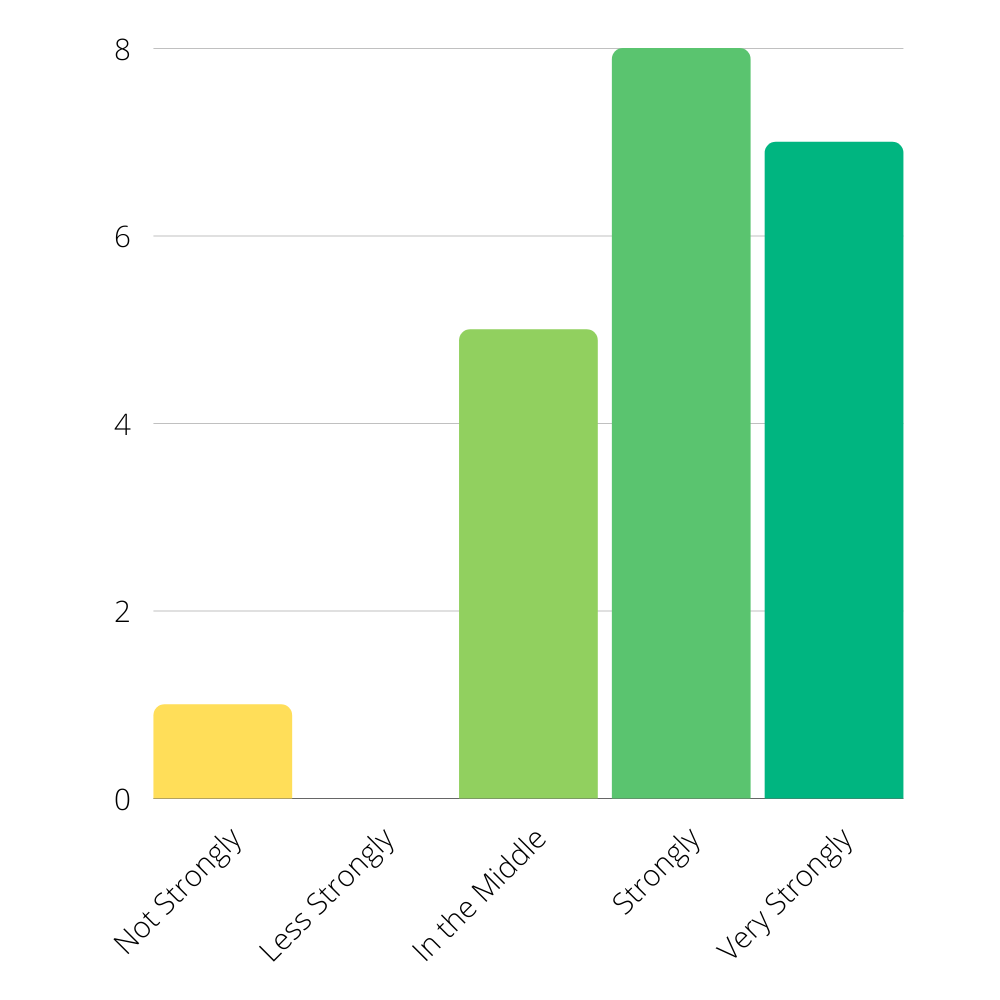 Moreover, the group felt strongly, but this group had a higher percentage that felt very strongly about their answer.

Finally, professionals who work with people who have aphasia weighed in with their thoughts. This was our smallest group of answer providers. 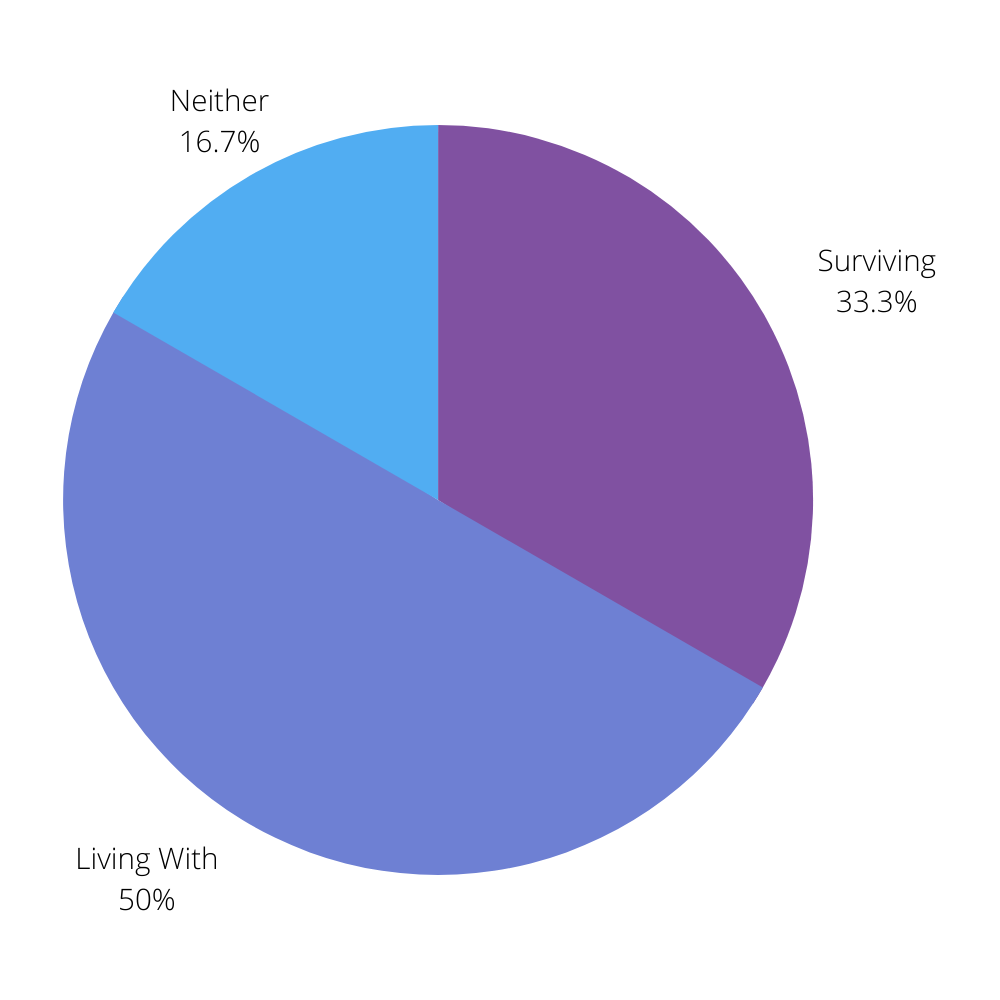 Professionals overwhelmingly preferred “living with” (50%) vs. “surviving” (33.3%). Another chunk preferred neither term, while none preferred both terms. 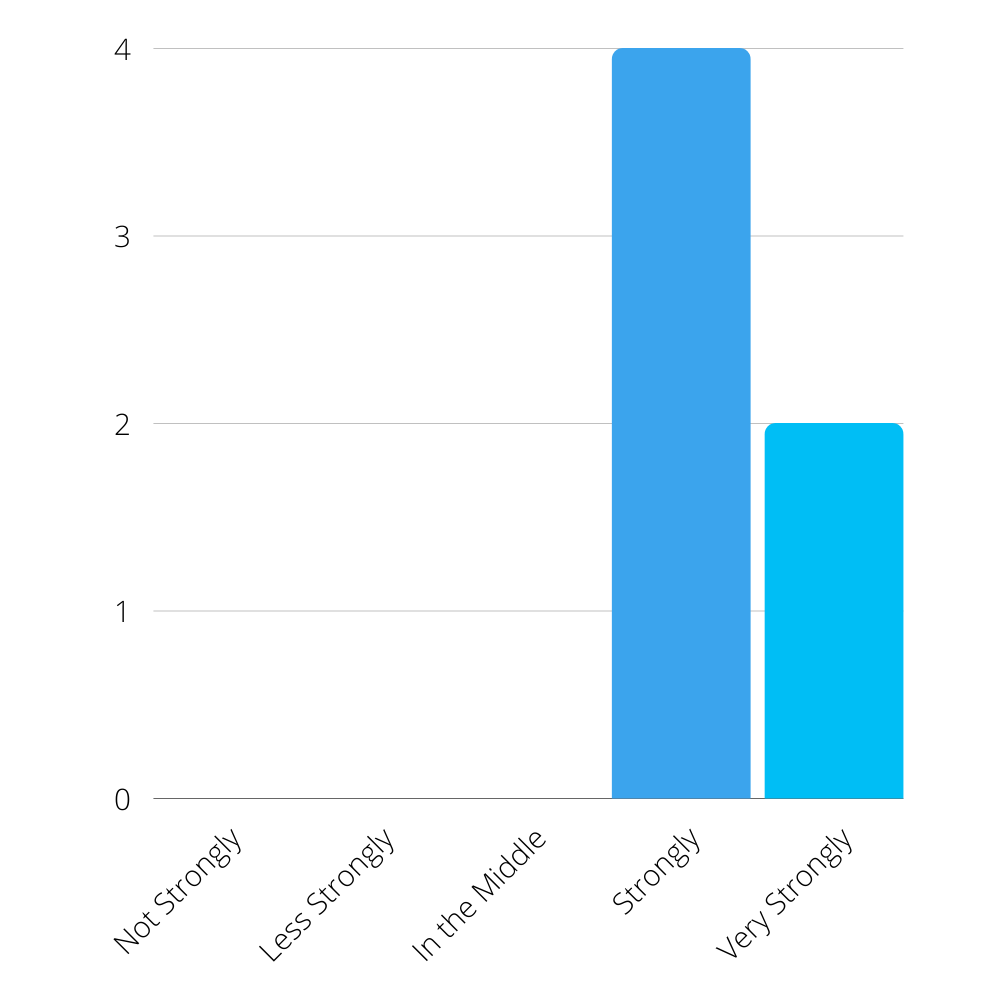 Professionals felt only strongly or very strongly about their answer.

What are your thoughts on the results?

What You Need To Know About Women and Strokes
Affiliate Highlight: High Quality Home Therapy
Connecting with an Advocate
Aphasia Cafe: Connecting During the Holidays
How Much Do You Know About Aphasia Communication?