Music therapy for aphasia keeps popping up on our site because there are amazing stories out there about people singing through their aphasia. We’ve written about why music therapy works as well as people who are able to sing but not speak fluidly, such as Randy Travis or Sophie from the short film, Still Sophie. You don’t need a fantastic voice. You just need to allow the music to move you.

The Sing to Beat choir out of Queensland, Australia is the latest story about using music to treat aphasia. All members of the group have aphasia. They meet once a week because “music therapy bypasses the injured brain cells using rhythm and memory to prompt the words.”

You can watch them in action by clicking on the image and watching the video at the top of the screen. 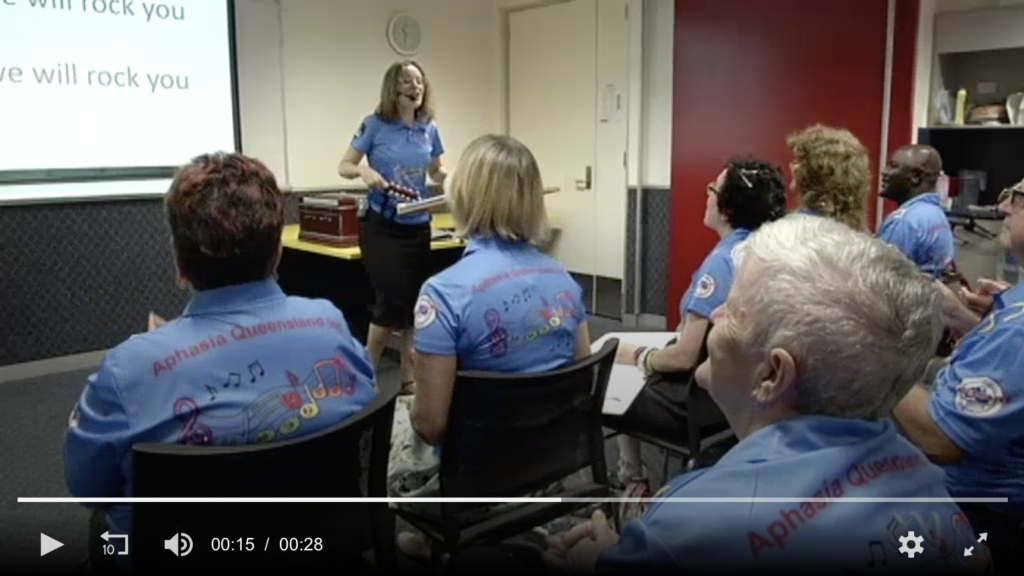 “Everyone was really shy at first and really not singing very loudly, now they are all communicating really well together,” Ms Brown said.

“People have told me that they are starting to notice their partner with aphasia sing in the car or they are just having less difficulty carrying on a conversation.”

Moreover, it’s not just about practicing speech. One member states that “a judgement-free place to communicate with people like him has helped just as much as the singing in his rehabilitation.” The majority of group members are in the same boat, making it a safe space to relearn communication skills.

Do you sing? Tell us about your experience with music and aphasia.

Profiles of Aphasia: Woody Durham
Ralph Waldo Emerson and Aphasia
This For Those Who Had a Stroke.... A Poem by Archana
Tips for Eating at Restaurants When You Have Aphasia
1 Minute Aphasia Tips: Conversation Partner in Your Pocket