The Legacy of John Cooper 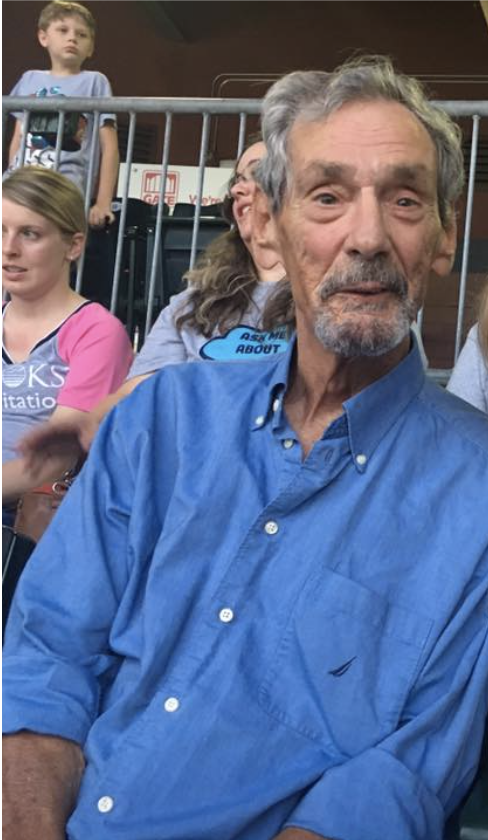 John Cooper spent his life working as a litigation attorney from 1966 to 2003. His first job was practicing at McCarter English law firm with his close friends, Peter and Tom. He worked in Washington D.C. and New York at law firms, private practices, and even clerked for a judge for a period of time. He was a strong civil activist and even took part in marching with Martin Luther King, Jr. during his civil rights movement. He was passionate about justice, peace, and doing the right thing for his clients, family, and friends.

In 2003, John suffered a stroke which resulted in global aphasia. Although this would cause most people to become isolated and give up, John did exactly the opposite. He met his long-time partner, Josie, after his stroke. They loved each other very much and were together for many years after his stroke. He also attended the Adler Center in New Jersey, which is a center designed to bring people with aphasia together for conversation groups and utilizes the life participation approach to aphasia.

In addition, John participated in adaptive sailing in NY with the Helen Hayes adaptive sports program. He was an expert sailor from a young age and owned a 45-foot sailboat with a great love for the water. Although he had minimal verbal expression post-stroke, he was still quite the communicator post-stroke. He used drawing, gestures, body language, choices, and lots of hugs/laughter to communicate what he wanted to say.

John became a valued and loved member of the Aphasia Center. We enjoyed hearing about his work as a litigation attorney, thoughts on current events, and past experiences. He attended outings to museums, restaurants, shops, and movies with our group. He was an avid sailor and a regular at adaptive sports events for surfing, water-skiing, horse-back riding, walking, cycling, and many more. He was a man who loved action and adventure. The aphasia was not going to stop John from living his life to the fullest.

He became so loved by staff members, his speech-language pathologists, BRAC members, and communication partners. He would always stand to give the women a hug, hello, and big smile when they entered the room in the morning. Each man would get a handshake and a pat on the back when they started their day with John. His humor would show through his phrases, “boom!” accompanied by a fist bump and a sneaky, “I don’t know…” with a wink when he was playing a joke.

With John’s demeanor and spirit, he was able to cheer anyone up or create a positive atmosphere. It wasn’t always the words but how he said his words that would light up the room. He never had to use words to give love, support, and strength. That power in itself is a rare gift.

John passed away November 9, 2018 due to pneumonia. He was survived by his long-time partner, Josie Mancuso; his brother, Jim Cooper; his sister-in-law, Tay; his sister, Joyce Toomey; his son, John Cooper Jr.; his daughter-in-law, Colleen; his daughter, Caroline Kimmel, and 4 grandchildren. Josie’s children Tommy, Allison’s granddaughter Dineen, and 6 grandsons and friends. It was sudden and friends, family, and our BRAC staff were not prepared to lose such an important person in our lives. John is missed and cherished by many. His memory will last in the hearts of countless people. John has left this Earth but we take solace in the fact that he is in Heaven and enjoying the voice he has been waiting to use for over 15 years.

Please consider making a donation to the National Aphasia Association in John’s honor, or share thoughtful remarks in the comments.