Individuals with Broca’s aphasia have trouble speaking fluently but their comprehension can be relatively preserved. This type of aphasia is also known as non-fluent or expressive aphasia.

Patients have difficulty producing grammatical sentences and their speech is limited mainly to short utterances of less than four words. Producing the right sounds or finding the right words is often a laborious process. Some persons have more difficulty using verbs than using nouns.

A person with Broca’s aphasia may understand speech relatively well, particularly when the grammatical structure of the spoken language is simple. However they may have harder times understanding sentences with more complex grammatical construct. For example the sentence “Mary gave John balloons” may be easy to understand but “The balloons were given to John by Mary” may pose a challenge when interpreting the meaning of who gave the balloons to whom.

Individuals with this type of aphasia may be able to read but be limited in writing.

Broca’s aphasia results from injury to speech and language brain areas such the left hemisphere inferior frontal gyrus, among others. Such damage is often a result of stroke but may also occur due to brain trauma. Like in other types of aphasia, intellectual and cognitive capabilities not related to speech and language may be fully preserved.

Broca’s aphasia is named after the French scientist, Paul Broca, who first related a set of deficits associated with this type of aphasia to localized brain damage. He did this in 1861, after caring for a patient who could only say the word “tan”. 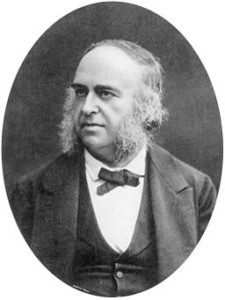 Communication tips for caregivers and persons with aphasia

At-home therapy and communication apps for persons with aphasia