About the 2022 National Aphasia Awareness Survey

This 2022 aphasia awareness survey is our third national survey to determine the level of familiarity and understanding of aphasia in the United States. We typically conduct this survey every four years but decided to alter the schedule in view of the recent media coverage of aphasia, following the announcement by the Willis family.

For the 2022 survey, we collected data from 1,062 respondents (census represented), 18 and older, from across the US. We’ve highlighted some of the key takeaways below, including the fact that 40% of respondents had heard of aphasia and could identify it as a language disorder, up from 7% in 2020. 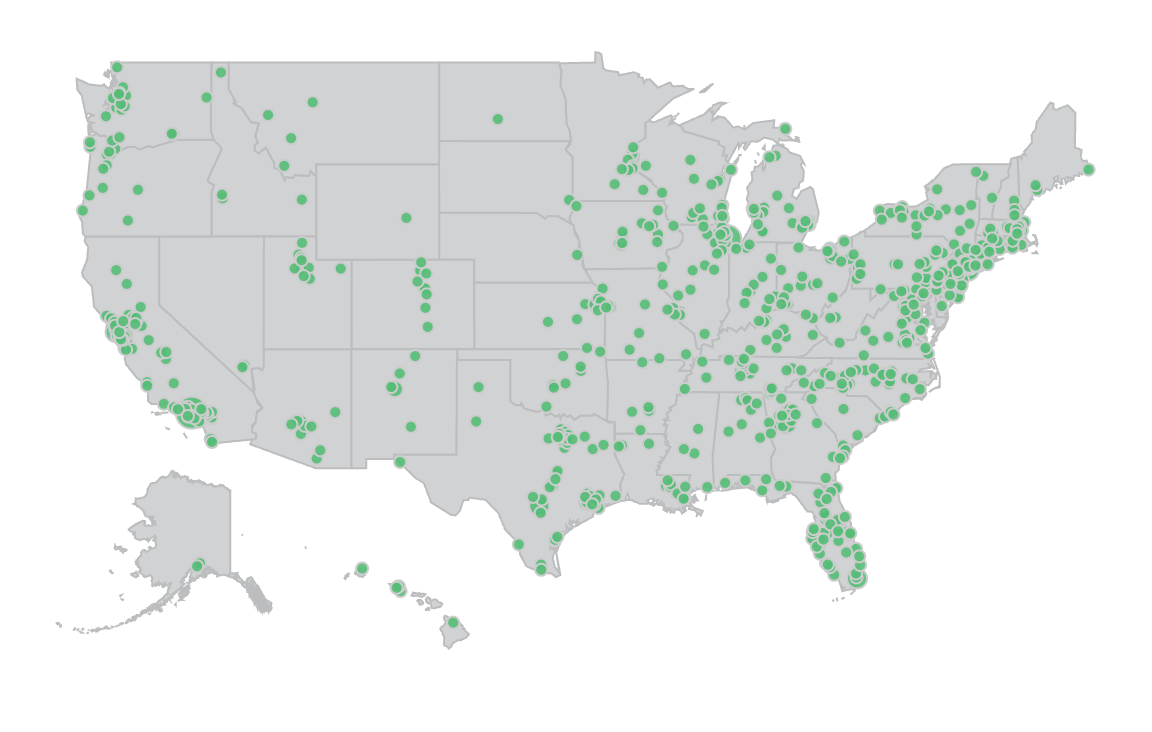 The 67.8% of respondents who had indicated that they had heard the term aphasia were then asked another question to understand whether they could correctly identify it as a language disorder. We didn’t just want to measure familiarity with the term aphasia, but awareness of the condition. 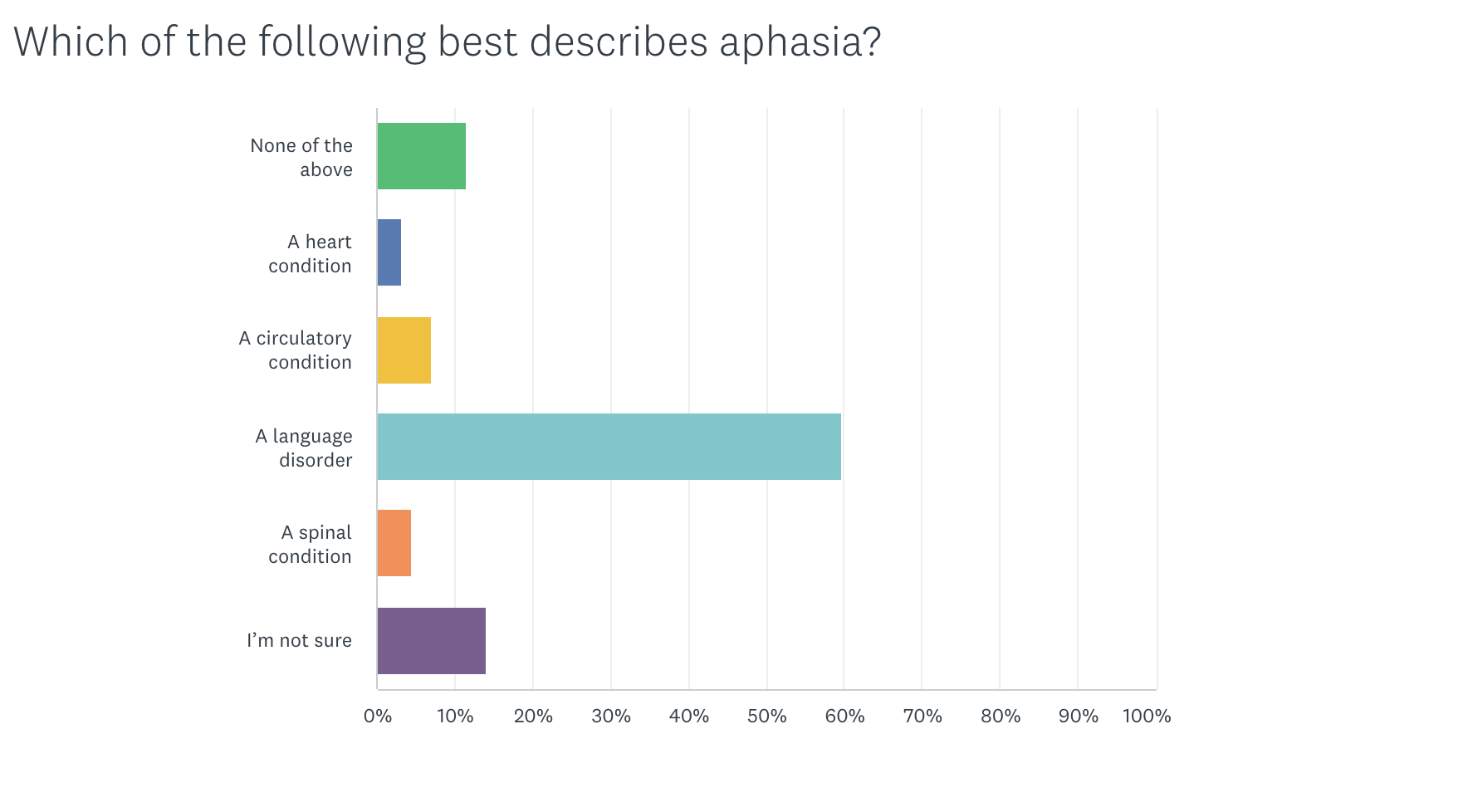 33.3% of people that are “aphasia aware” either have aphasia or know someone that does.

141 people who had heard the term “aphasia” and correctly identify it as a language disorder either had aphasia (25) or knew someone who had aphasia (116).

This is almost within the margin of error compared to 2020 when 29.5% of people who were considered “aphasia aware” had a personal connection.

24.1% of people agree or give a neutral response to the idea that difficulties with speech indicates intellectual deficiencies. 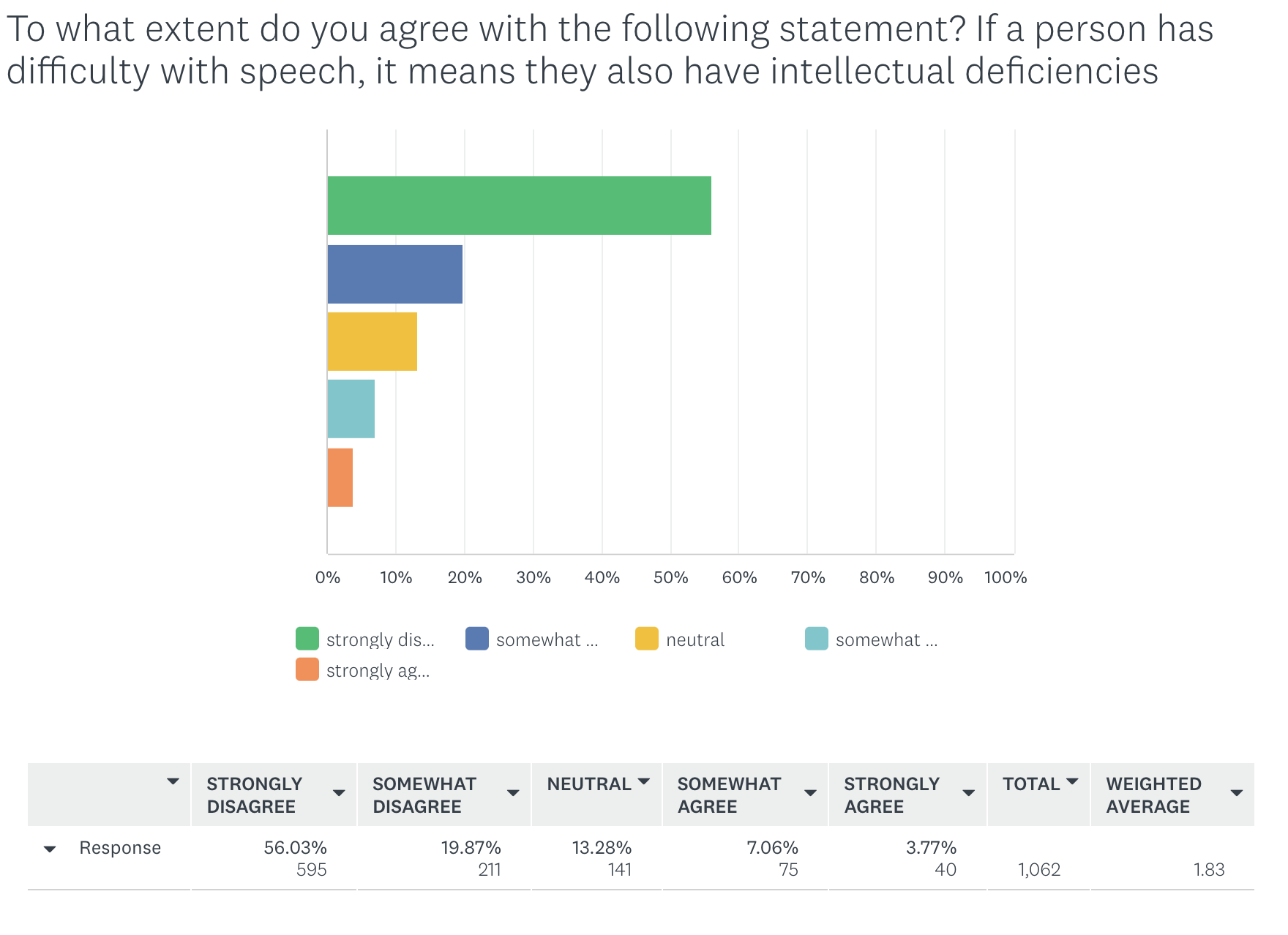 24.1% of respondents agreed or gave a neutral response to the statement: “If a person has difficulties with speech, they also have intellectual deficiencies”. This is a significant shift from 2020, when 41.5% agreed or were neutral on the same question.

As aphasia awareness grows, it’s important to also share messaging about the lack of connection between language and intelligence.

85.1% of people made a connection between stroke and brain injury, and difficulties with communication.

85.1% of respondents made a connection between stroke and brain injury, and difficulties with communication. This is a positive shift compared to 2020, when 71.2% of respondents were able to make the connection.

22.99% of people recall first hearing about aphasia from a newspaper, magazine or online publication. 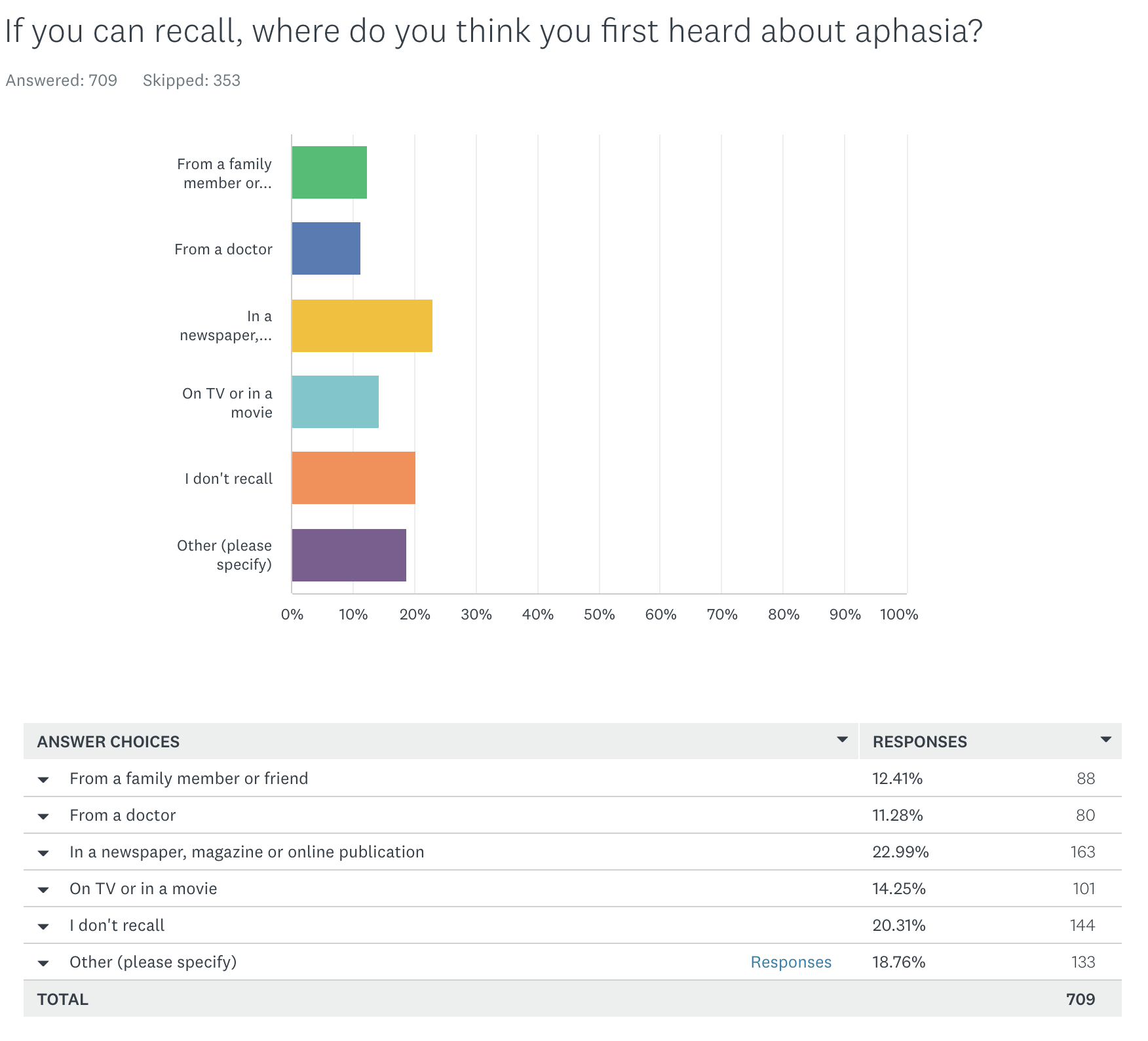 The Bruce Willis aphasia diagnosis was widely covered, and we see that popping up in the ‘other’ responses, possibly influencing our top spot as well. Outside of pop culture, we see school and work as two other common sources, though it should be noted that this word cloud only covers 133 of the 709 responses to this question.

We also asked respondents, where was the last place you recall reading or hearing about aphasia? Here were their responses:

In this question, Bruce Willis was mentioned 135 times from the pool of 709 respondents that reached this question, which accounts for 19% of question respondents. This was by far the most common response, and didn’t account for other responses that might also indicate the Willis story indirectly (“Facebook”, “TV news regarding an actor”, “newspaper”, “news article”, etc.)

This aphasia awareness numbers that we see in the 2022 survey are much higher than we saw in previous surveys, and more recently, in the 2020 survey. More importantly, we’re seeing a higher percentage of people that have heard of aphasia able to properly identify it as a language disorder and understand that loss of language does not mean loss of intellect.

As more public figures are diagnosed with Aphasia, like Bruce Willis, Emilia Clarke, Gabby Giffords and so on, it’s important to help the public better understand aphasia and know where they can get aphasia resources.

The data from this survey is meant to be representative of the U.S. population ages 18 and over with a 3.085% margin of error.

Below is a link to download the survey report and raw data from the National Aphasia Association.